I recently visited Saigon in Vietnam on my own, abandoning friends and family over Christmas, partly to aid in my attempts to finish writing my latest novel.

The following is based on notes I made and posted on Facebook – not a platform I usually use very much at all – and fills in the many gaps in the narrative that truncated form of communication tends to leave.

Day 1: The Grinch has landed

I am not a Christmas person; I am a “bah, humbug” person. It’s me, Santa, not you. So when the combination of a crowded house full of my wife’s friends and relatives – lovely  people though they all are – and the need to finish my new novel (writing, not reading), plus a refund from Vietnam Airlines all intersected, I grabbed the chance to go and spend a couple of weeks in Saigon.

Ho Chi Minh City, to give it its proper name, is one of my favourite places in the world.  Noisy, lively and offering some of the best food on the planet at ridiculously low prices, it also presents  the opportunity to lose yourself in your own thoughts, something you need when you’re writing long form … well, it’s something I need.

I couldn’t get a direct premium economy flight on my departure dates but Scoot Plus allowed me a couple of nights in Singapore to visit my Vietnamese friend Lily and her Swedish husband Gustav.  Scoot Plus is possibly one of the best value-for-money premium fares you can get for international travel in this corner of the Asia Pacific. Very comfortable, with lots of leg room (that I don’t need), and wide separate seats (that I kind of do). No fighting over shared arm rests for this laddie.

Suddenly I’m there, in Saigon, arriving just in time for the evening rush-hour madness. First there’s the insanity of immigration at Ho Chi Minh International the weekend before Christmas.  Anyone who tells you the easiest way to do this is to get “papers of transit” at home and convert them to a visa when you get here is a sadist or just likes lining up for hours. That’s just two queues instead of one and you can easily get a proper visa online a week before you leave.

The room in the Sunny Serviced Apartments on Le Thanh Ton is huge.  The view over the street is … um … lively. Le Thanh Thon is basically a direct route from Ben Thanh Market to Japan Town and my apartment is towards the latter end, just a block from Dong Khoi (formerly Rue Catinat of The Quiet American fame) and two from Nguyen Hue, the broad, mostly pedestrian boulevard that runs from the fabulously ornate old Town Hall down to the river.

I wander down to Japan Town, a maze of bars, massage parlours and excellent restaurants – such a confusion of laneways that even when you know exactly where you want to go you often can’t find the place.  I settle for Rosie Garden Vietnamese restaurant, mainly because it’s the first one I hit just inside the criss-cross of laneways, and enjoy a seafood pancake and fried tofu.  Sensational! Still haven’t mastered how to say “I am a vegetarian but I eat fish” in Vietnamese. It’s something like “Toi an chay, va ca” if you want to try it. Tick that box and it’s holiday sorted!

I congratulate myself on having dropped my original plan to stay in a “chill” apartment right inside Japan Town – it would have been too chaotic.  Now I know why they wanted payment in full, up front.  I’m guessing more than a few tourists bale out after a few sleepless nights. There’s lively and lively.

I bump into a couple of Brit backpackers trying to get into exactly the kind of accommodation to which I’d given a body swerve.  There was no one there and the phone number wasn’t responding.  I explained that because they were using their UK phone, they had to dial +84 as if they were calling from overseas.  I also told them to get a local sim card pronto.  Vietnam is not a Region 1 country so your “roaming” charges could mount up very quickly.  In any case, no one was answering the phone so they wandered off to find a proper hotel.

On the way back to my apartment, I spot a lively looking open-air barbecue restaurant with what seems to be the meatiest menu I have ever seen. The 5KU station looks like fun, and I’ll put it on my list, but could be a challenge for a newly minted pescetarian.

That night, the café across the road keeps going until 4am but ear plugs do the trick.  A good night’s sleep on a huge bed and next day I am ready for anything … almost.

Day 2: Me and my emotional support monkey

The trick to an extended stay in one place is to get the logistics out of the way first. So I head down to my favourite Saigon tailor, Minh Nguyen, at 38 Thu Khoa Huan St (near Ben Thanh) to get measured up for a suit and jacket.

Before I left I gave away my two off-the-peg linen suits to charity because I’ve only worn them once. They were designed for a hypothetical person who was either my height or my girth but not both.  For $400 I was able to purchase a new suit and a lightweight unlined blazer, both of which I’m pretty sure will actually fit. The service here is so good that I once went back with a jacket bought the previous year and Ms Loan adjusted it for free. Brilliant!

On the way there I notice a flashy looking gym in the Vinacom centre – a massive shopping centre, as big as a Westfields here, maybe bigger and with many of the same brands – and check out its casual memberships rates. The Elite Fitness centre had all the gear you could ever need and a weekly membership rate to match – $150.  I said I’d have a think.

On the way to the tailor’s I notice a very funky looking gym, all red and black and shiny glass.  Citigym Le Loi is not quite as posh as Elite but less than half the cost.  I take a tour and despite the booming music, agree to sign up and immediately find myself filling in ridiculous numbers of contracts and forms, some of them in Vietnamese, which I refuse to sign on principle, then do so without reading when I get an English version (also on principle). 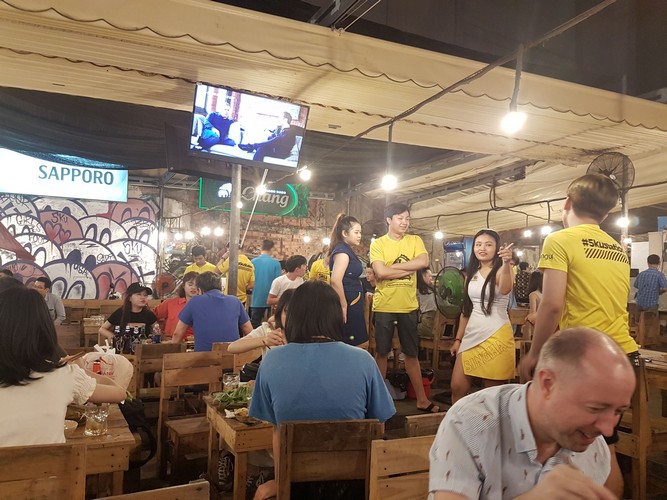 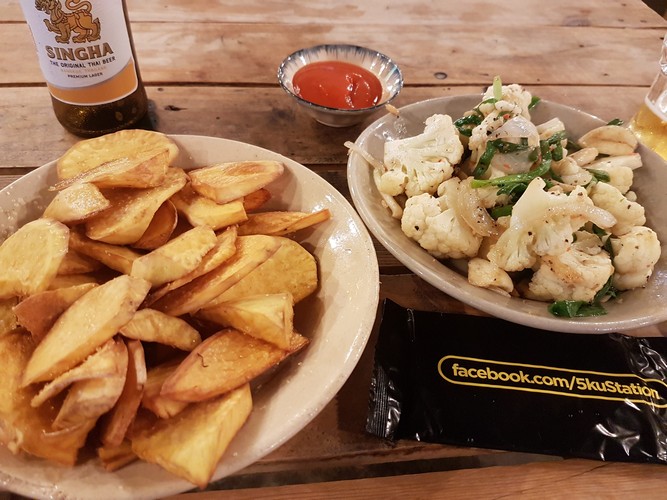 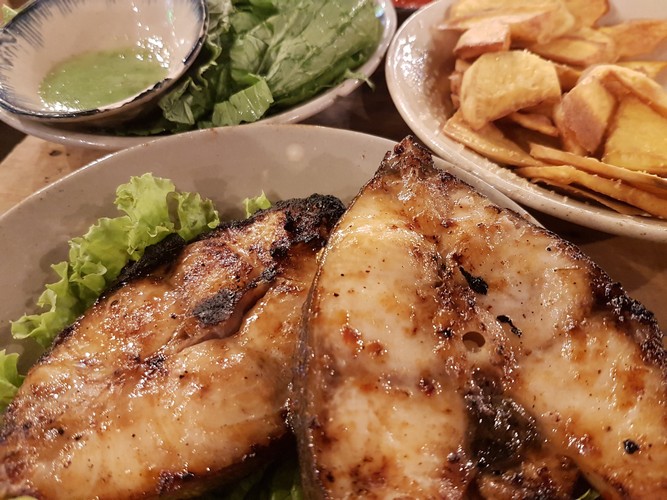 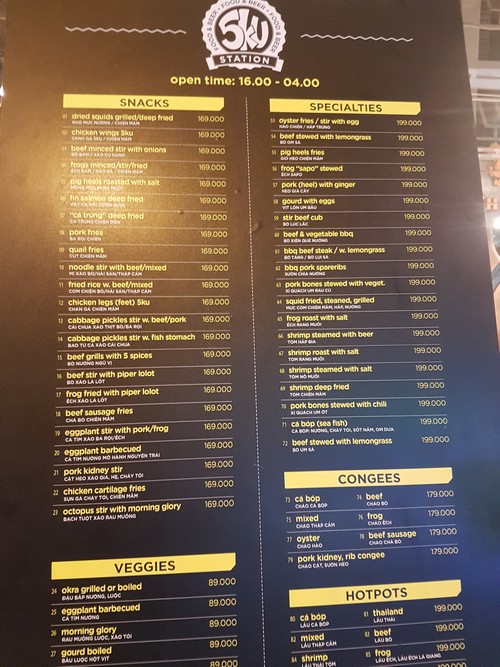 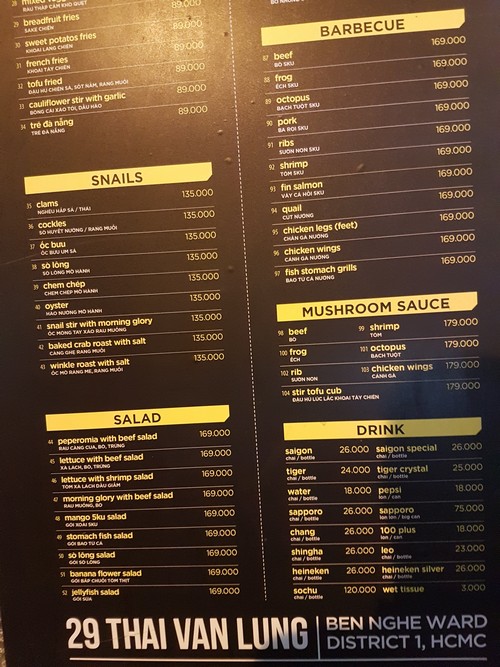 I confuse the hell out of the gym membership guy by asking 1) if I could bring my emotional support monkey (the gym has a no-pets policy) and 2) if the ban on bringing in anything fragile extended to my ego.  Not fair, I know. He was only doing his job. But sometimes the best way to combat excessive bureaucracy is with humour … even if you are the only person who finds it funny.

Just around the corner, literally, is one of my favourite haunts, the Old Compass Café.  I climb the endless stairs to the cool oasis of calm for lunch, thinking maybe I didn’t need the gym after all.  Just eat here once a day. Then it’s back to the room for work.

Problem.  Although I asked for a non-smoking room the place stinks of cigarette smoke.  It doesn’t make any sense as I don’t smoke and the fumes seem to be coming out of the aircon which the receptionist assures me is self-contained.  Eventually they explain the smell has come from another room, occupied by a heavy smoker, and the cleaners have left the door open to clear the air.

“When is this person leaving?” I ask.

‘He has a lease for seven and he’s been here for two,’ he explains, then assures me that he can find me another room, at the back, quieter and smoke free.

Let’s hope so. As a reformed smoker, I can’t bear stale cigarette smoke. The answer seems to be to put the cooker hob and bathroom extractor fans on at full blast, so I get some work done. Later, I take a brisk walk down to the Ben Thanh night market for my traditional chilli snapper and morning glory and I feel like I’m home.

OK, if I don’t go to the gym this morning, I’m never going to get there.  That’s just how it works.  I discover I have packed only one pair of gym shorts and I’m already sweating buckets before I even get to Citigym. I had no idea I was going to be so diligent.  I’m doing a workout on my new birthday watch – Rapid Fat Burn, it’s called (the program, not the watch) –  and it almost kills me. Two things I note, the place is being cleaned obsessively … like every droplet of sweat is mopped up immediately.

However. the music is ridiculously loud and very, very inappropriate.  Gangsta Rap songs extolling the charms of date-rape have no place in public, even if the majority of patrons, and management for that matter, probably don’t pick up on the references.  I think about taking this up with the toddlers on the front desk but realise that there is a world of confusion awaiting me, and one that my pocket phrasebook simply won’t be up to.

I go back to the Old Compass Café for the lunch of poached egg on smashed avocado that I thought about having yesterday but chose not to because it seemed a bit pathetically Sydney.  FYI:  I had the Vietnamese special vego option instead. But when you’re not eating till noon, and pushing through a punishing workout in the morning, comfort food is the first things that comes to mind.

Had a long chat with the owner, Duong (pronounced Yoong) about the culturally respectful tours they do, including to the Cu Chi tunnels where they urge you not to fire the guns at the firing range.  Actually, they say “if you want to fire guns, finds another tour.”

Back at the Sunny apartments, they tell me they’ve found me another, non-smoky room that I can move into tomorrow.  Great.  The air is OK for now, but I know it’s going to get nasty after Smokin’ Joe along the corridor opens his door. In any case, I get a lot of work done.

At night, I venture out to  the open-air barbecue restaurant I spotted on the way back from Japan Town the first night.  5KU Station is bright, noisy and serves every bit of every animal you can think of (apart from what we would call pets).  I have sea fish (mackerel, I think) and cauliflower and sweet potato chips.  It’s fabulous.

On the way back to the room, I buy some tonic water and soda for the duty free gin and whiskey I bought in Singapore, thinking that I will donate the remnants of both bottles to the receptionists when I leave.