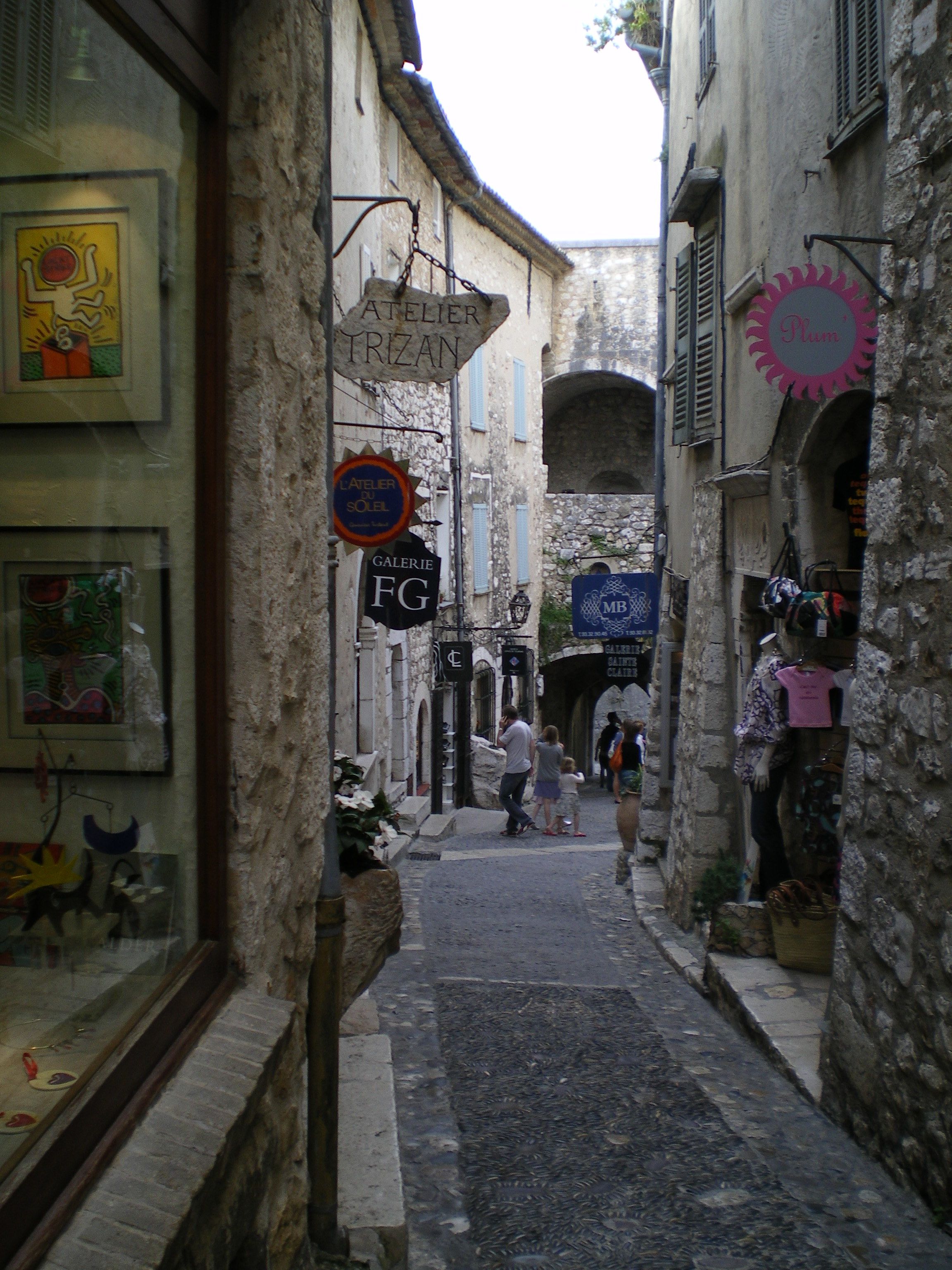 Between the Cannes film festival, the motor racing Grand Prix in Monaco and billionaire weddings in Antibes you can sample more glamour along France’s Cote D’Azure than you can shake a champagne flute at.  It’s not just the famous film festival – there are half a dozen major festivals in Cannes every year, including two major TV markets.

But after a few days of fake tans and even faker smiles, you long for a whiff of reality. Thankfully, less than an hour to the north of Cannes there’s a world of sights and, especially, smells that you would barely know existed if you never strayed from the beach bars and restaurants of La Croisette.

The area around Grasse about 40 minutes out of Cannes, is the heart of France’s perfume industry, founded in the sixteenth century when workers combatted the stink of leather tanneries with potions made from aromatic plants like jasmine, roses, lavender, irises and orange trees. The four leading French perfumeries, Moulimard, Mane, Galimard, and Fragonard, all have factories here.

Now, you can go on bus tours that will take you to the perfume factories and newly-opened museum in Grasse but there’s nothing quite like renting a nifty convertible, steeling yourself to drive on the wrong side of the road and take your own time, even if it is along well-worn tourist tracks.

Grasse is an interesting town itself, perched on first steep slopes of mountains that stretch all the way to the Southern Alps and the Italian border. Like so many towns around here it has a mediaeval heart but, coming from Australia, even the new parts of European cities look pretty ancient.

Heading up into the hills beyond Grasse, the road twists and turns, dips and soars so much you feel like you are flying and if you haven’t grasped the intricacies of driving on the right by the time you left the motorway you’ll be tempted to abandon ship and take the bus home.

But it’s well worth the effort.  The tiny fortified village of Gourdon is one of those rare places that is as stunning to look at as it is to look from. There are several viewpoints on the way up the mountain where you can stop and wonder at the ingenuity and industry that created this “perched” village hundreds of years ago.

Inside, its twisting cobbled laneways are lined with cafes and tourist shops, many specialising in local blown glass or soaps and scents created from the flowers grown in the valleys far below.

And you can see those fields of flowers from an open-air cafe with the whole Riviera spread out beneath you from Cape Ferrat and Nice to Cagnes, Cape d’Antibes, Juan les Pins, the Lérins Islands and, of course, Cannes itself bustling away silently in the distance.

The road to Gourdon, challenging though it is,  is just a warm-up for the drive through the Gorges du Loup (the Loup is the river that cuts through the valley below).  You have to head north for several kilometres before you turn back on yourself and drop down into the gorge road (D6). Just beware that when the road splits near Le Bousquet, the Route de Grasse (on the left) takes you to Vence and the Route de Vence (on the right) takes you back to Grasse.

Heading East towards Vence you hit yet another charming Mediaeval village, Tourettes Sur Loup. Vence is pleasant enough but you want to arrive at St Paul de Vence (just to the south) with plenty of time to explore this remarkable slice of art and history.

There are those (especially jaded expats) who think St Paul is too touristy;  300 people live in the village but they get more than two million visitors every year. However, as a tourist, you can only marvel at its vitality and antiquity.  St Paul, first fortified in the 13th Century  before ramparts fully enclosed it in the 1500s, has long been renowned as a retreat for artists.

Mark Chagall is buried here and just outside the main gate there is the legendary hotel/restaurant Colombe d’Or whose owner accepted works of art from the likes of Picasso and Matisse in exchange for accommodation and food, giving the place a uniquely eclectic collection of its own.

This is picture book France at its finest. Across the road, outside the Cafe De La Place, central-casting Frenchmen play boules with eager tourists in half a dozen games on a large dirt court.

Just a few metres away, inside the gate, there’s a maze of laneways cluttered with shops selling real art and fashion of the highest quality.  There are at least 20 restaurants and cafes, including a Michelin-starred eaterie in the Hotel de St Paul, with prices as stunning as the views from the ramparts. But a few metres along, with just as good a view, is the much more affordable La Sierra which offers a cheap and cheerful mix of home cooking, pizzas, crepes and salads.

Completing the loop, driving down the mountain and along the freeway, if you are unlucky or just stupid like this writer, you arrive outside the Palais De Cinema just as another red carpet cavalcade of limousines has brought the town to a standstill.

And, as the gendarmes direct you past glittering stars and the clattering cameras of paparazzi, ever further from the hire car depot, you realise that this is the reality of Cannes.  The fantasy is up  the mountains in the lavender fields and vaulted laneways of Gourdon and St Paul.

Emirates flies twice daily to Nice via Dubai return for about $3600. Cheaper though longer flights are available via London and Paris.

Hotel prices in and around Cannes vary hugely depending on the season and events in the town. Similar variations apply to apartments that can be booked on the internet via sites like azure-online.com and holiday-rentals.co.uk.  Google “Cannes Apartments” for the best range

A typical small group bus tour of perfumeries, St Paul and Gourdon cost from $135. Tourist office at the railway station has a full range, including direct buses to Grasse.