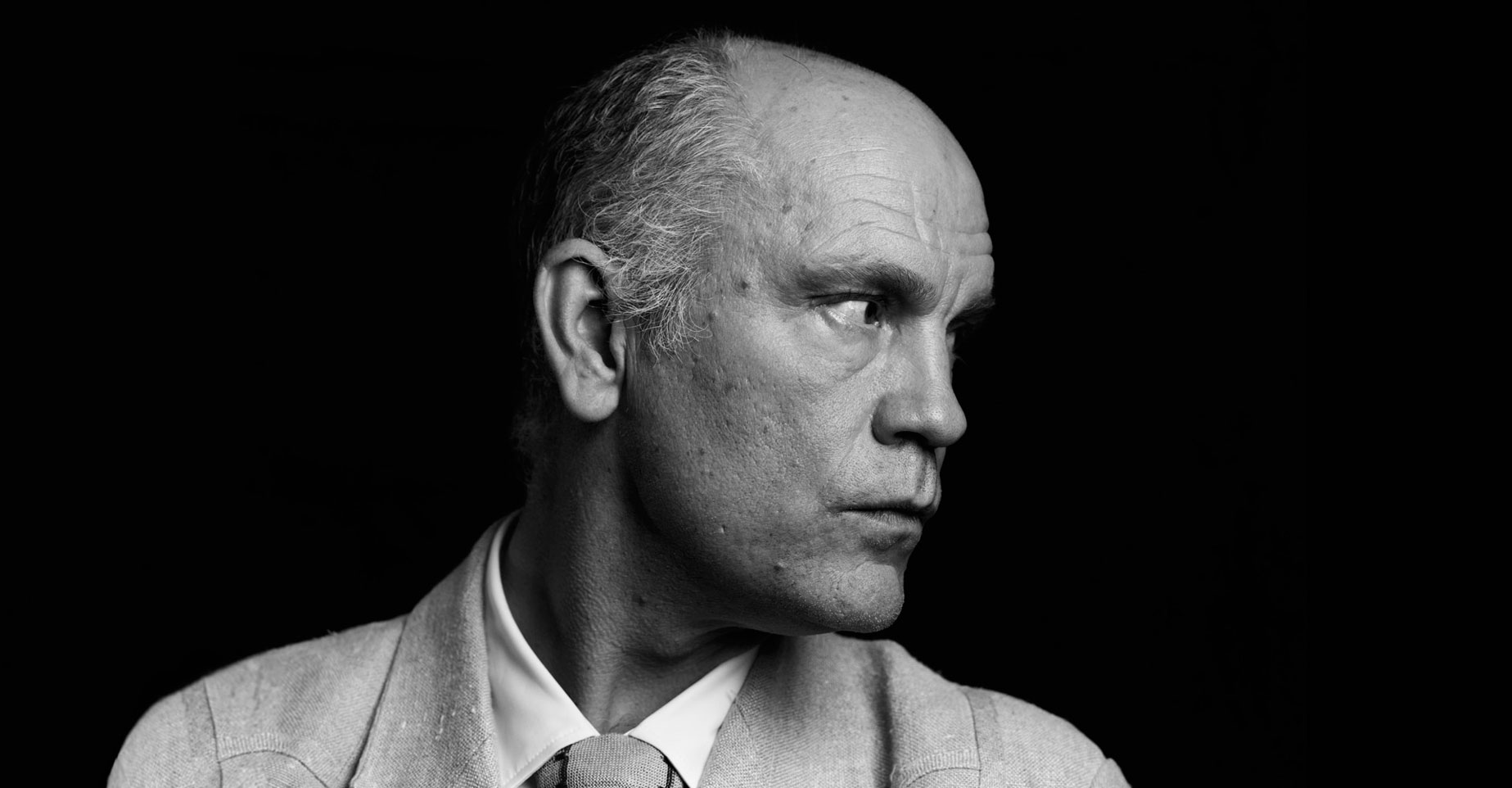 Back in September 1999 (was it really that long ago?) My partner Sue and I covered the Venice Film Festival. It was her second time there, and my first.

As a Venice Virgin I found it exhausting and exhilarating in equal parts, as I hope this piece I wrote for the brilliant Urban Cinefile website conveys.

It’s interesting reading it back after all this time – did I really think Stephan Elliott’s movie Eye Of The Beholder was that good? And how could I have passed on a chat with Hilary Swank who, back then, was giving one-on-one interviews to anyone who cared.

Anyway, here it is, retrieved from the vaults for filmbuffs and fellow travellers alike.

Hello, Darling, mwah-mwah! Ciao bella, mwah-mwah! Welcome to the Air-kissing Olympics.
Everywhere you look at the Venice Film Festival somebody is being greeted, farewelled, stroked, smooched and shmoozed with a Double Bay Headbut (it’s the opposite of a Glasgow kiss but with as much genuine affection).
The streets are thick with Armani, Versace and Valentino as immaculately dressed hunks and elegant divas paw and peck each other … and that’s just the Italian journos. In fact, the current trend for stars to dress down means the scruff next to you in the queue for the gents is more likely to be a celeb than the guy in the thousand buck suit and designer shades – he’s the doorman.
Yes, the film world has made its annual migration to Venice or, to be more precise, Lido, a salami-thin streak of an island 20 minutes by boat from St Marks Square and the Rialto Bridge. Most of the place looks a bit like an Aussie seaside suburb Sorrento or Coogee, maybe, before the bulldozers moved in. But on the glitsy strip between the Salon Des Bains and Excelsior hotels, it’s pure Hollywood.
While mobs of star-struck fans look on, palefaced reviewers emerge blinking into brilliant sunshine after their umpteenth screening – the movies start at 8 am and finish about 2 am the next day – and rush off to another press conference, another “round table”, another piadini and aqua minerale, con gas, per favore.

The round tables are interesting. Laughingly called “interviews” you can find yourself with as many as a dozen other journos from different countries, sitting round a besieged star who may be enthused about their new movie or may only be fulfilling their contractual obligations. In maybe only twenty minutes you have to squeeze your questions in between a local pop mag writer who can’t tell the difference between celluloid and cellulite and a black-clad post-modernist with an intense goatee asking Cameron Diaz about the subliminal opera motif in My Best Friend’s Wedding.
This is one area where fortune favours the brave , or at least the brash, and aggressive loudmouths (like yours truly) can verbally elbow their way in and get their question answered before the others realise the session has started. But this does occasionally have its down side.
Mike Leigh, the grumpily egalitarian director of Secrets And Lies and one of this year’s surprise hits, Topsy Turvy, told me to shut up and let somebody else ask a question. At the other extreme, John Malkovich fixed me with his intense, brain-numbing stare and for a terrifying five minutes – OK, it may only have been five seconds – it was just him and me, chatting, with an audience of six reporters relieved that he hadn’t picked on them.
The worst session so far was with JM’s Being John Malkovich co-star Cameron Diaz
and director Spike Jonze. First of all, they got back late from lunch, then they reorganised us into bigger groups with less time so the stars wouldn’t have to stay late (poor things) then they spent the whole afternoon having a whale of a time at their interviewers’ expense.
I was in the first group where we managed, just, to stop it descending into farce. Jonze was filming everybody and he and Diaz were answering each other’s questions “hilariously”.

But that’s what happens when you have the hottest movie with the biggest stars in town; you can do what you want. In my group we did the unforgivable and talked over the top of them to force them to answer the questions.

Apparently, by the time the fourth group sat down with them, the whole thing had unravelled completely and the exercise was pointless. And they wonder why journalists are always trying to put them down. Next time, Spike and Cam, you get a smack.
I know, I know … interviewing Cameron Diaz in Venice? How tough can life be? But it’s not as if she asked me out on a date. And while I was interview number one for her, she was interview number 127 that MORNING for me.
All right, I exaggerate. But it’s not all sucking up to spunky celebs. Malkovich was hard work, Dervla (Ballykissangel) Kirwan was charming but reserved, Mike Leigh was rude but brilliantly insightful, actors Jim Broadbent and Allan Corduner (Gilbert and Sullivan in Topsy Turvy) were entertaining, Aussie director Stephan Elliott was frighteningly indiscreet, Boys Don’t Cry director Kimberley Peirce was surprisingly charming when I didn’t know who she was or what her excellent movie was about and the overzealous gatekeeper in Fox publicity who said loudly that she doesn’t like Australians is in for a surprise when I pass the message on to her boss.

But it’s been a fascinating first week. Tom and Nicole came and went, leaving Eyes Wide Shut and a lasting impression that Nicole’s stature is growing both as a person and an actor. Woody Allen didn’t come (he never does) but his new pic Sweet And Lowdown did and received a huge ovation. Actually, Woody’s name on the opening credits was enough to get the crowd cheering and clapping; they love him in Europe. And Sweet And Lowdown is a gem of a movie so it was well deserved.
In between Tom and Nic’s departure and Woody’s non-arrival, Topsy Turvy, Mike Leigh’s surprising backstage look at Gilbert and Sullivan won raves, as did Boys Don’t Cry, the true story of a troubled teenage girl, played by Hilary Swank, who decides she’s a boy (NOT a lesbian) and suffers horribly as a consequence. Being John Malkovich – the bizarre tale of a puppeteer who finds a portal into the actor’s brain and takes over his life – was the best movie to be shown. Sadly, Holy Smoke,

Jane Campion’s story of religious cults and a self-righteous rescue mission, staring Kate Winslet and Harvey Keitel, was one of the most disappointing.
Stephan Elliott’s polished, sexy thriller, Eye Of The Beholder will do nothing to ease the pressures on him to take the money and “go Hollywood”. Aussie actress Gosia Dobrowolska’s decision to take the script and “go Poland” has paid off with a compelling performance in actor-director Jerzy Stuhl’s A Week In A Life Of A Man.
There were a lot of “soft” fims around. Mike Winterbottom’s Irish comedy romance With Or Without You, starring Dervla Kirwan and Christopher Eccleston, was a pleasant slice of whimsy while Meryl Streep’s violin teacher in the ghetto biopic Music Of The Heart was as earnest, uplifting and, ultimately, cloying and sugary as its title suggested it might be. Lasse Haalstrom’s film of John Irving’s The Cider House Rules, starring Michael Caine, was visually sumptuous but emotionally disconnected and failed to match the strength of the novel.

With stars, publicists and increasingly frazzled looking journalists still milling around the terrace at the Excelsior (coffee nine, count them, nine dollars, grazie) the rest of the week is a race to see the films you’ve written off but which others rate. There’s a buzz of anticipation with Melanie Griffith and Antonio Banderas (back, ladies) bringing his directorial debut Crazy In Alabama to town, as well as the arrival of Brad Pitt in The Fight Club and Kiwi director Alison MacLean’s competition entry Jesus’ Son.
Otherwise, it’s been so far, so good. You can get a decent cup of coffee for a decent price at one of the many outdoor bars around, provided you’re prepared to stand (I call them knee-tremblers). And to date I’ve only once found myself in the wrong cinema looking at the wrong film with zero minutes to get to where I should have been when the titles started to roll.
Oops, must dash. I’ve got another press conference in a minute, then a screening.

Ciao, darlings, mwah-mwah! Waiter, get me a gondola!