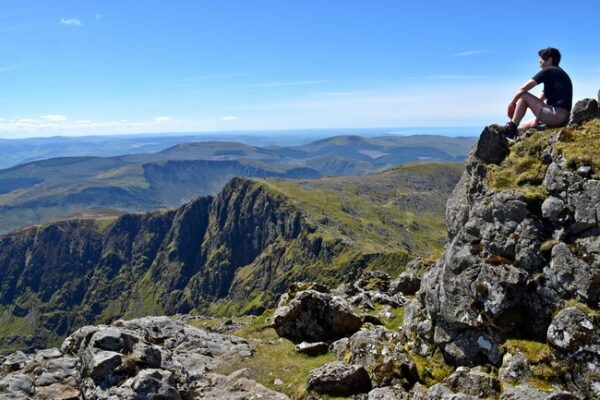 Having just finished the 130km Great Glen Way in Scotland, and having rendered myself almost immobile as a result, I still can’t speak highly enough of an organised but self-guided hike as a terrific holiday, writes Jimmy Thomson.

My fellow writer Kieran Prendiville and I have fallen into a pattern of taking on a week-long walk together somewhere, once a year, and that has taken us to Portugal, Japan, Ireland, Vietnam and now, post-covid, to the Highlands of Scotland.

The great thing about these hikes is that you stay in a B&B or a small hotel, walk all day and when you get to the next spot, your luggage is there waiting for you.

You get to meet local people, enjoy local food and drinks and even encounter a few fellow travellers along the way. This is a great way for seasoned travellers to see different countries – you take your own time, start and stop when you want and get some exercise.

Compare that to sitting on a bus, flashing through the countryside, only to arrive at a restaurant where the only other guests are tourists too.

But what if you don’t have the energy to walk all day, every day? Well, Europe self-guided walk operator, On Foot Holidays has announced six new walking routes in the UK as well as a new Short Breaks concept allowing independent ‘slow travellers’ to base themselves in one town for three or more nights and enjoy day hikes during their stay.

And the really good news is that self-guided walk operator On Foot Holidays has nnounced that if you book next year’s walks before September 30 you’ll get them at this year’s prices.

Meanwhile, On Foot Holidays has announced six new walking routes in the UK as well as a new Short Breaks concept allowing independent ‘slow travellers’ to base themselves in one town for three or more nights and enjoy day hikes during their stay.

Based in England, On Foot Holidays used the Covid lockdowns since 2020 to design the six new self-guided, inn-based and baggage-free walking trips in England and Wales, bringing to nine the number of routes the company offers in the UK and 33 in 11 countries across Europe.

Four of the six new UK routes are one-way hikes of up to seven nights, with walkers staying at a different B&B each night and their luggage transferred between the guesthouses, while the remaining two new routes are new ‘Short Break’ walking holidays where hikers stay in the one inn for three or more nights and take a different walk each day.

Accommodation is mostly at traditional country inns. Breakfasts, other selected meals and information packs/maps/directions are included in all walk packages, with prospective hikers selecting their departure dates, rather than having to fit a tour company’s schedules.

* Welsh Borders – A six-night, self-guided journey from Bishops Castle to Hay-on-Wye along the ancient Offa’s Dyke earthwall that has marked the border between Wales and England for centuries. A beautiful walk speckled with quaint towns, rolling countryside, inviting bookshops and friendly pubs. From £670 per person, twin-share (approximately A$1180 depending on exchange rates).

* Coastal Exmoor – A six-night self-guided route from Barnstaple to Dunster in England via stunning coastal scenery and cosy villages. From £810 per person, twin-share (approximately A$1422 depending on exchange rates).

* Peak District – The newest route – a seven-night, self-guided journey across lofty moors and through picturesque villages in central England. From £750 per person, twin-share (approx A$1317 depending on exchange rates).

* Wales – Southern Snowdonia Short Break – Guests base themselves in historic Dolgellau in north-west Wales for three or more nights and undertake spectacular mountain hikes each day. From £325 per person, twin-share (approximately A$571 depending on exchange rates).

* Salisbury Short Break – Guests base themselves in the English cathedral city that is home to On Foot Holidays for three or more nights and undertake gentle walks over rolling hills past pretty villages and beckoning pubs. From £305 per person, twin-share (approximately A$536 depending on exchange rates).

Book a walk in 2023 by September 30, 2022, and save by paying current 2022 prices. Direct link to all the UK walks – Self-guided walking holidays in the English countryside (onfootholidays.co.uk)

Visit 20 places on the Med, unpack only once

Luxury Qantas charter drops in on near neighbours