15 things you MUST do in Ho Chi Minh City 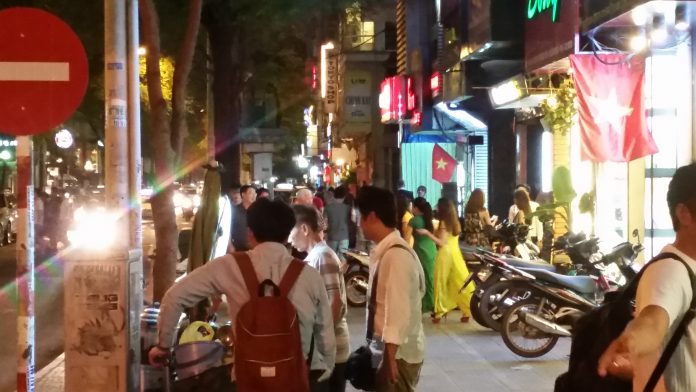 Author and travel writer Jimmy Thomson  has been to Vietnam more times than he can recall without checking his passports. Here is his guide to the best experiences in Saigon (Ho Chi Minh City) – many of which your regular tour guides won’t even know about.

Take a city tour in an open-topped 2CV or Dalat jeep: https://saigon2cvtour.com/

Take a food tour with the same people. Or, if you’re more adventurous, go with the “back of the bike” tours and see the city the way locals see it. https://backofthebiketours.com/

Go to the former Presidential Palace and make sure you go down into the underground war room bunkers. Look at all the telex machines and giant radios and take a moment to consider that you have more communications power in your smartphone than all this equipment put together. And see if you can spot the entrance to the tunnel that ran between here and the old palace … and an escape route to the river.

Eat chilli snapper with morning glory and drink 333 beer at Ben Thanh Night Market. The market gets going after 6.30pm and goods are often the same but cheaper than in the day-time market.

Shop for genuine discounted “end run” gym and hiking gear around (and inside) the Benh Thanh market. Look for the Made In Vietnam or brand name stores in nearby streets. The market also has homewares, bales of cloth, watches of dodgy provenance, fresh food and souvenirs. Bargain hard – you’ll only hate yourself if you don’t and your tour guide laughs when you tell him or her how much you paid.

If the market is too hectic, cross from the Eastern entrance of the market to Luu Van Lang which is a street selling end-run genuine articles of anything made in Vietnam. Shoes, jackets, shorts and bags, including Nike, Adidas, UnderArmor and North Face. Get your winter gear here. We like Shop 24 where not bargaining is rewarded with an automatic discount. $55 North Face hiking shorts for $10 – can’t be bad.

Have lunch at a noodle stall inside the market. About $5 will get you a bowl of pho and a soft drink. Pointing at pictures on the menu will do the trick when your Vietnamese is limited to Kam-un (thanks). Check out other examples of Vietiquette here.

TAKE ME TO THE RIVER

Take a Saigon River tour (river is way best) to the Cu Chi tunnels and fire an AK47 (or an M16, as in the picture). https://lesrivesexperience.com/tours/cu-chi-tunnels-tour/

Have lunch or dinner at the Old Compass Café. This a favourite with expat business types and locals alike so it is a lot less touristy. Check out their website for details of walking tours of Saigon and an outing to the Cu Chi Tunnels that definitely doesn’t have playing with guns on the menu. https://www.oldcompasscafe.com/

Drink coconut iced coffee at Cong Caphe, where the wait staff dress in military style jackets, only with their caps on backwards. Eat baguette dipped in condensed milk – a guilty pleasure that probably doesn’t do you as much harm as it sounds. https://www.tripadvisor.com.au/Restaurant_Review-g293925-d9739650-Reviews-Cong_Caphe-Ho_Chi_Minh_City.html

See the AO show at the Opera House. It was devised by a former member of Cirque De Soleil so it is the musical and visual feast you’d expect from the above trailer: https://www.luneproduction.com/saigon-opera-house.

Go inside the amazing Central Post Office (NOT designed by Gustav Eiffel) and look for the old man who used to write letters for locals.

The main trade in there has been mostly replaced by sales of collectable stamps and souvenirs and many of the old phone booths have been converted into ATM booths.

The old maps high on the entrance walls blur the boundaries between Vietnam, Cambodia and Laos, giving a viviid insight into France’s colonial ambitions for Indochine.

Buy stack of old postcards from one of the vendors outside and look to your left as you exit and you’ll see the rooftop of the old CIA building (not the US Embassy as is often misreported) where that famous picture of the last chopper out of Saigon was taken.

MEKONG … BY BOAT FROM SAIGON

Take an all-day trip to Mekong Delta by boat. https://lesrivesexperience.com/tours/mekong-delta-tour/

Visit the War Remnants Museum and see the amazing photographic exhibition on the second floor and the array of captured planes and tanks outside: https://www.tripadvisor.com.au/Attraction_Review-g293925-d311103-Reviews-War_Remnants_Museum-Ho_Chi_Minh_City.html

THE MEDIUM IS THE MASSAGE

Treat yourself to a luxurious Spa and massage, or Korean bathhouse treatment, or just get a hair and face wash (bliss!). Some massage places are cheap and cheerful, many are neither, but for an inexpensive VIP treatment try the Sol spa on the top floor of the Liberty Central Hotel in Le Than Ton st. Private rooms, sauna and steam rooms, beauty treatments and male and female therapists. With discounts you could have a 90-minute massage with hot stones for around AU$30. Or try the Golden Lotus Massage Club https://golden-lotus-spa-massage-club.business.site/ which is also highly regarded.

Visit Japan Town. Now, this is not to everyone’s taste as it is a bit full-on. Think of Sydney’s Kings Cross or London’s Soho 20 years ago and you get the idea.

Japan Town, or Little Tokyo, is a maze of lanes in a two-block quarter that used to be frequented almost exclusively by Japanese sailors and even had its own police force. Now the sailors have been replaced by salarymen and tourists and in between all the “hostess” bars – which are mosltly quite innocent – and the massage parlours (which definitely aren’t) there are several top class Japanese, Korean and Vietnamese restaurants.

A new favourite of ours is Rosie Garden which offers tasty fresh Vietnamese food, as well as supplying meals to staff and customers in the hostess bar across the lane. Don’t be shocked to have the freshest Banh Xeo (savoury pancake) you ever tasted interrupted by collective squeals of “Konichiwa!” as a new customer enters the Japan-styled bar opposite.  FYI, the  hostesses are more likely to be from the Mekong Delta than Japan, even if the customers aren’t.