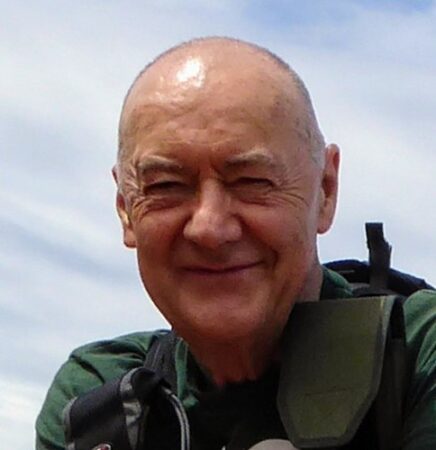 Kieran is a Bafta-winning TV scriptwriter (Care, BBC) who created the long-running TV series Ballykissangel  and Roughnecks. He has written many episodes of The Bill, among other popular TV drama series, and in a previous life was a presenter on Tomorrow’s World and That’s Life.  When he’s not travelling, he is developing TV and movie scripts, but he travels when he can.