Six top countries with coffee in their veins 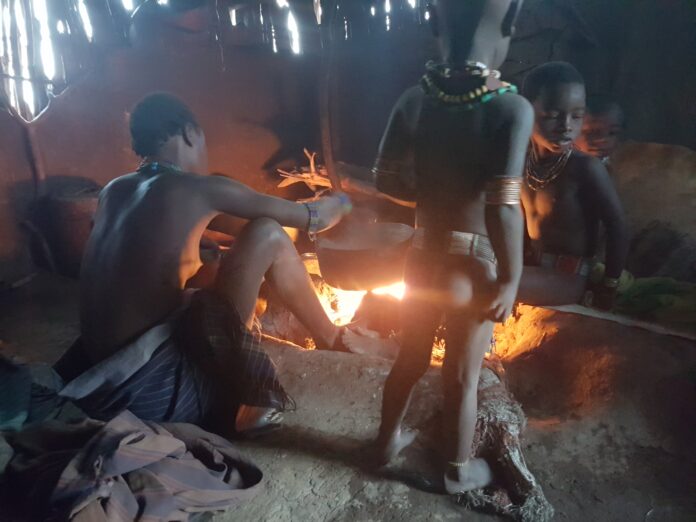 “There’s an awful lot of coffee in Brazil,” ran the old song and yes, there is. The top exporter for more than 150 years, with a share today of nearly 16 per cent of the world’s total coffee exports, according to the CIA’s The World Factbook, Brazilians also love drinking coffee too, and that’s morning, noon and night.

Maybe the amount of coffee drunk around the country also accounts for the high spirits we so usually attribute to Brazilians, and certainly the late nights of cities like Rio, Sao Paulo and Salvador that seem so rarely to sleep.

It’s the country where coffee was discovered as a drink, as legend has it, via a lonely goatherd who noticed the berries’ effect on his herd. Today, it’s an ingrained part of the nation’s culture.

On street corners in every city or town, a woman sits on a box with a row of cups before her, a charcoal burner and a pan in which she’s roasting beans. Families in every tribal hut start the day making a brew over a raging fire in the middle. In every restaurant there’s a ‘coffee corner’ where a member of staff roasts beans and waves the pan under your nose on entry to cleanse your aura and bring you luck.

Coffee is also at the centre of family get-togethers, cultural ceremonies and work breaks. And it’s delicious too – thick, strong yet never bitter, but strangely sweet, even without sugar.

What? Yes, Finland. Finns are now the world’s biggest consumers of coffee, at 12kg a year, according to the International Coffee Organisation, with a recent report finding 14 per cent of men, and six per cent of women, drink more than 10 cups a day.

It’s been suggested that the cold climate is a major motivator but for us tourists, that’s a huge bonus. No one is ever more than a few metres away from a good cup of coffee in Helsinki and there are plenty of cafes offering coffee and cake in even the smallest towns in the countryside.

And it’s decent coffee too, with lots of independent coffee shops and national chains; Starbucks, happily, are only to be found in the capital and at its airport.

There’ve always been plenty of traditional cafes in every Vietnamese town, but they’re now being joined by an increasing number of western-style, but Vietnamese-flavoured, cafes like the Propaganda Café in Saigon where you sip surrounded by graphics of happy peasants harvesting their crops. facebook.com/propagandasaigon/

The world’s second biggest coffee exporter, Vietnam is also a massive consumer of coffee, mostly ‘Vietnamese Coffee’, an individual cup slow-drip filter coffee, and Iced Coffee which is just that – coffee (with or without milk) and ice.

After the French War there was a shortage of milk, mainly in the north, which led to the invention of Egg Coffee, where a whole egg is whipped into coffee to make it creamy. Surprisingly, it’s delicious!

Coffee in Italy is treated so seriously, it’s almost a religion, and the locals are notoriously intolerant of anyone ignoring the strict rules surrounding coffee-drinking conduct.

For a start, don’t complain that your coffee isn’t hot enough; they make coffee ready to be downed immediately. Don’t ask for a cappuccino after lunch or dinner; milky coffee is only for mornings. Be ready to stand and drink; sitting down usually costs extra. And be prepared to pay in advance and hand the barista the receipt with your order.

But there are few experiences as pleasurable as drinking coffee like a local and watching the world go by over a Caffè lungo. Splendido!

The first wave in coffee’s rising popularity was the production of mass-market instant coffee, the second the mushrooming of coffee shop, the third the growth of small roasters and pods, and the fourth? Coffee re-imagined, says Euromonitor International, and Australia’s already there.

Among his offerings are twice-brewed Black Magic coffee and, using a coffee machine at below atmospheric pressure, there’s Fractional Atmosphere Brew. There’s no such thing any more as asking for just a coffee …