The elegant woman along the counter had seen better days and worse nights, judging by her sad eyes and “step away” glances. Another lost soul at the Gumbo Pot.

“Tourist?” Her question was delivered with a smile but arrived like a threat. I tried to look amused, rather than busted. “It’s just, tourists stare … At everything.”

“Sorry,” I said with a hint of a bow. “For staring. I’m working. Staring comes with the territory.”

She slid closer.  “Everybody’s working here, mister.” We were in the Farmer’s Market in West Hollywood and all around us were people having lunch, or drinks or shopping but also working – on a script or a pitch or an idea or a connection. Working on their dreams.

“If you’re looking for celebrities, that guy in the suit  who just left?” she offered.  “That was the famous Detective Harry Bosch.” OK, I had registered a careworn middle-aged white man in a suit that was one size too small and five years too old. But Harry Bosch?

“Really?” I mocked. “The fictional hero of Michael Connolly’s novels? I know he eats here in the books but, like I say, he’s made up … not real.”

“He was real, awright.” she mocked. “You saw him.”  And she spun on her seat and left, trailing a slipstream of knock-off designer perfume and taking my breath with her but leaving me her tab. That’s what you get for staring in this town.

“Harry likes the jambalaya,” the waiter said, as he kept the change, uninvited.*

Welcome to West Hollywood, one of those corners of the world where fact and fiction blend in equal parts, where the story-teller is king and fictional characters walk among us.

Most tourist guides tell you which “mean streets” to avoid. But this is Los Angeles where they sell you maps to celebrities homes and Raymond Chandler coined that immortal phrase “Down these mean streets a man must go who is not himself mean, who is neither tarnished nor afraid.”  (And all this time, thanks to Bobby De Niro, you thought it was New York, right?)

Since Chandler’s day the meanest streets have moved to South Central LA and beyond, from New York to New Jersey and even to other cities like Baltimore.  And now you can (reasonably) safely return to the scenes of your favourite crime writers’ crimes.

When Detective Bosch isn’t getting a taste of the bayou at the Gumbo Pot,  or at Bob’s Coffee N Donuts, also in the market, you can see if he’s grabbing a sandwich at Phillipe’s diner in Chinatown or noodles at the Chinese Friends Restaurant at Elysian Park.

You can even cut out the middle man and scour eBay for a copy of the rare Harry Bosch’s Zagat’s Guide to LA. Or you could go to any number of easily accessible spots, such as Santa Monica Pier to look at the carousel where the odious Gladden surveyed his potential prey in “The Poet”.

In LA, every crime novel – whether it’s Connelly, Robert Crais, James Ellroy or Don Winslow, is a tour guide because the city is often another character in the stories. But if you don’t want to read with a map in your lap, organised tours are perfect for those who like a bit more fact with their fiction.

One company, Esotouric, specialises in weekly tours based on writers, poets and musicians – like Charles Bukowski and Tom Waits – as well as true crimes such as the notorious Black Dahlia murder.

There are two separate Raymond Chandler tours. The Bay City tour looks at his middle novels  such as Farewell My Lovely and Lady In the Lake while In A Lonely Place, focuses on downtown, Hollywood and his decline. The tours  last half a day and include video clips on the bus as well as well-informed and quirky commentary.

There are two Chandler tours scheduled for  April 11th and 25th, a James M Cain tour slated for May 30th and lots of other oddities – like Pasadena Confidential with Crimebo the Clown – in between. Tours are US$58 for a half day. Check their website. www.esotouric.com, for reviews, times, dates and bookings.

Crime travel isn’t the sole province of LA alone. You want Mobsters? New York’s your place but be aware that the availability of set-jetting tours (visiting the locations from movies or TV shows) are determined by what’s on or been on TV or the big screen most recently.

Through On Location Tours, you can book a four-hour Sopranos tour which takes you round more than 40 New Jersey locations from the TV series, including the Bada Bing strip club and the diner where Chris was shot.  You can even sit in the same booth where Tony Soprano in the very restaurant used in the final enigmatic scene of the series.  The tours cost US$44 and you can book through the website www.screentours.com.

For a Goodfellas tour, best to hit the sidewalk yourself with real life Mafia informant Henry Hill’s “Goodfellas Guide To New York” which promises to be “your personal tour through the Mob’s notorious haunts, hair-raising crime scenes, and infamous hot spots.”

Other bullet-riddled self-propelled tour books are Infamous Manhattan by Andrew Roth  and New York Notorious: A Borough-By-Borough Tour of the City’s Most Infamous Crime Scenes by Paul Schwarzman  – both are designed to guide you round the city and the latter comes with maps.  Just be careful not to get trampled underfoot by women on the “Sex And The City” tours – those Jimmy Choo heels can kill.

If you’re looking for a tour of Godfather locations, fly to Sicily where there are a number of tours to locations used by Frances Ford Coppola in Godfather II and III.

Back in NYC, literature Professor B. J. Rahn of New York’s Hunter College organizes occasional tours of New York related to Edgar Allen Poe and Dashiell Hammett. But Professor Rahn goes a lot further, in every sense, acknowledging the influence of British writers and English female crime writers in particular in establishing and developing the genre.

Considering a couple of the murders in Dorothy L. Sayers’ novels happen during walking tours, it’s only fitting that Professor Rahn leads literary walks through Bloomsbury, London where Sayers lived and worked from the 1920’s to the mid-1950’s.

“I’m especially fond of the Sayers tour because I live across the street from the flat in Bloomsbury where she wrote her first detective novel,” Professor Rahn told us. “Her novels are rife with Bloomsbury landmarks. Gaudy Night opens with a description of a tennis game in Mecklenburgh Square, which Harriet Vane observes out her window, i.e. Sayers’ window.”

Professor Rahn also does tours for fans of Agatha Christie, Margery Allingham and Sherlock Holmes (of course).  But you’ll have to keep an eye on her website (crimecritic.com) for details and arrange tours by email.

“I don’t have a set schedule of dates and times,” she explains. “I book them by appointment. I usually do them for literary societies or groups of students, writers, etc. “
On the subject of Agatha Christie, when it’s not calling itself the English Riviera, the 35km of Devon coastline from Torquay to Brixham, likes to be known as Christie Country.
The local tourist association provides information for both self-drive and walking tours as well as guided Christie  tours around the area. And there’s an annual week-long Christie festival, to be held this year in the third week in September.

Back in London there are regular Sherlock Holmes tours that start every Friday at 2pm outside Covent garden Tube station, run by London Walks, a company that’s reckoned to be the best walking tour company in the world.

Their “In the Footsteps of Sherlock Holmes” tour, every Friday, takes Holmes fans through Charing Cross, the Strand and Covent Garden ending at the re-creation of Sherlock Holmes’s study. There are other Sherlock Holmes walks that will come on to the timetable after Easter and all walks are UK £7 per person with discounts for pensioners (or ‘super adults’ as they call them).

For a more contemporary taste of fictional crime, head north to Edinburgh where Rebus Tours  – an independent company that has author Ian Rankin’s blessing – helps you follow the footsteps of the recently retired fictional detective who redefined the word dour.

Rebus Tours has three trips round Rankin’s Edinburgh. The first,  Hidden Edinburgh starts in Rebus’ favourite pub, The Royal Oak, then takes in the classic Rebus locations like St Leonard’s Police Station and The Meadows  with readings from Set in Darkness‚ Dead Souls and Question of Blood.

The second two-hour walk, The Body Politic, takes a morbid turn via the City Mortuary, Canongate Cemetery and the Royal Mile. It includes a reading from Fleshmarket Close near the laneway from which it took its name.

The third tour, New Town, Old Crimes starts and finishes at the Stockbridge Bookshop and supplements readings  from The Falls‚ Strip Jack and Hyde and Seek with the works of even more famous Edinburgh authors such as Muriel Spark and Robert Louis Stevenson.

The tours are usually on Saturday and Sunday afternoons at 1pm for two hours.  They cost UK£10 (UK£9 conc.) and you are advised to book in advance (www.rebustours.com).

If that’s not enough,  grab a copy of Ian Rankin’s own “Rebus’s Scotland”-  which in words and stunning pictures gives an insight to the author, his characters and his country.  And while you’re in Edinburgh, you may as well drop into BOTH cafes that claim they are where J K Rowling wrote the Harry Potter novels.

In the bar of the Royal Oak, a local worthy looks at me with bloodshot eyes through the building fog of an impending hangover.  “If yer lookin’ for the detective, he’s deid,” he mumbles, edging his empty glass closer to mine in the hope of refill, if only by osmosis. “Rebus is dead?” I ask incredulously.  “Rebus?” he replies with contempt. “No. He’s fine. He wiz here earlier on.  It’s Taggart that’s deid.”

Originally published in the Sun-Herald, Sydney, in September 2011. Tours and prices (below) may have changed. *This was written and published before the excellent Titus Welliver started showing up on TV in the role of Harry Bosch in the Amazon Studios series.

RAYMOND CHANDLER (Los Angeles): Esotouric, US$58 for a half day.  Web: www.esotouric.com

REBUS (Edinburgh), UK£10pp (UK£9 conc.) Web www.rebustours.com.  During Edinburgh Festival time (from June) you have to book through the Fringe office (www.edfringe.com). 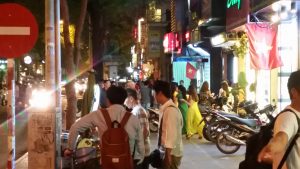 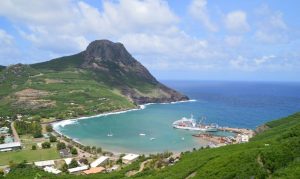