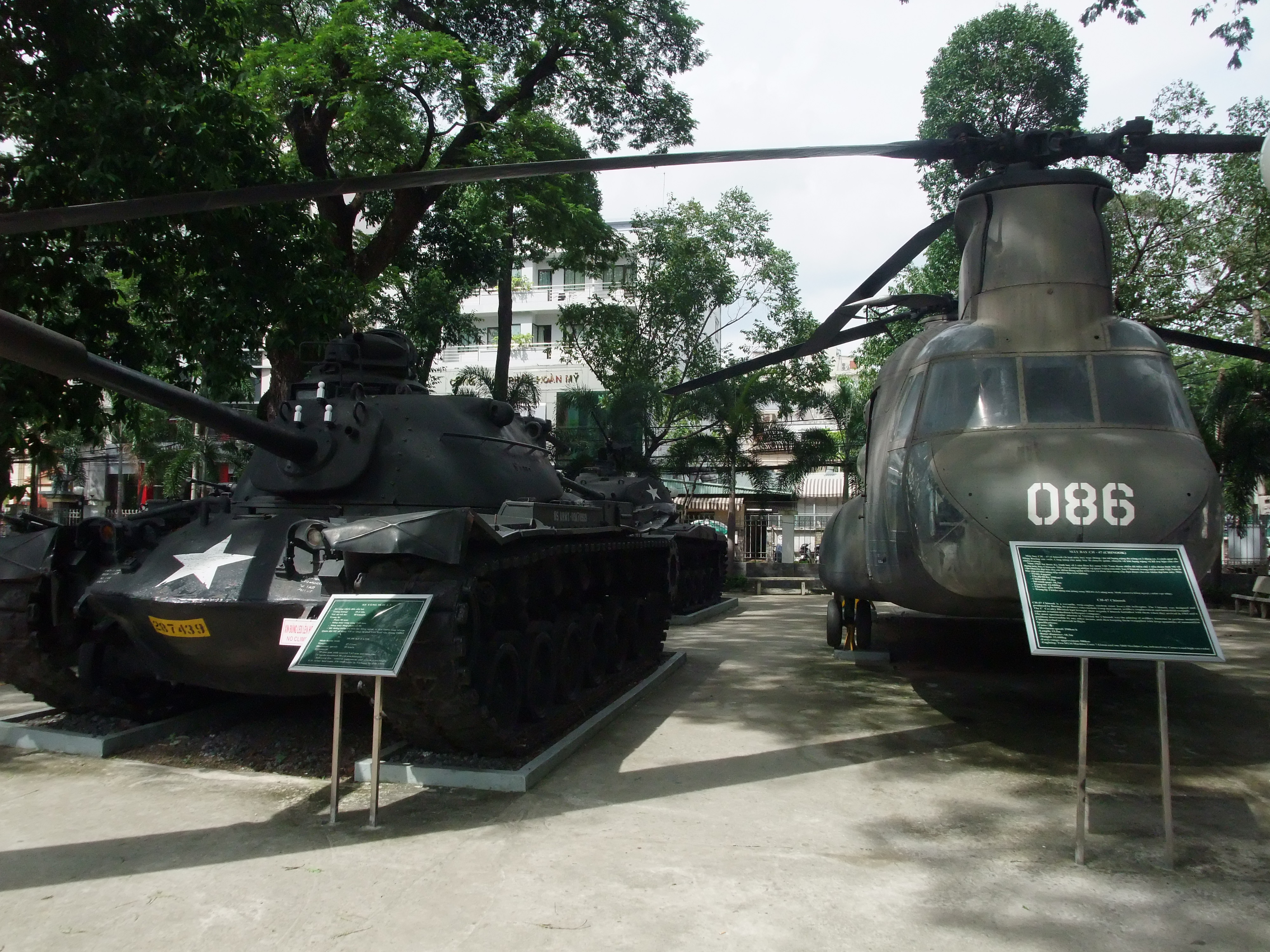 War is Hell but battlefield tours have never been more popular, with more commemorations than ever battling for the tourist dollar writes JIMMY THOMSON.

What’s the big attraction with battlefield tours? If you’re fascinated by the tactics, heroism and even horrors of ancient conflicts, it’s a thrill to just leave a footprint in a place that made an indelible mark in history.

And we have recently seen major commemorations of battles as far removed as Gallipoli in Turkey, the Somme in Europe and Long Tan in Vietnam.

Throw in the American Civil War, Waterloo and D-Day, and tourists have been invading in numbers worthy of a decent sized task force.

But what compels travelers to visit the sites of famous battles?  Honouring those who lost their lives, of course. Family connections run strong here too.

Nostalgia for sure and, for those connected to more recent conflicts, the possibility of some sort of healing is a drawcard. For others there’s the chest-puffing of patriotism.

However, there’s also the question of respect for former foes, an often awkward dance that involves much tip-toeing, bowing and the occasional soft-shoe shuffle.

Rarely has that been more vividly illustrated than in reactions to the last-minute clampdown on visits to the Long Tan memorial in Vietnam, when just a few hundred of an anticipated 3000 visitors were allowed to visit the site on the actual 50th anniversary of the battle.

“I should have brought my bloody gun over … Bugger them,” said one Vietnam veteran in a report in this newspaper. “Maybe we’ll walk right over them.”

However, Harry Smith, who commanded Australian forces in the battle, noted that the Vietnamese government’s wishes that there be no triumphalism or over-exploitation had been largely ignored.

“If the Japanese wanted a memorial in Darwin for the pilots that they lost in the bombing of Darwin and they sent 3000 people to that monument we’d be up in arms too,” he added.

His sensitivities were not misplaced. We tend to forget that a lot more Vietnamese than Australians died at Long Tan.  We are lucky to have any memorial at all –  there are only two others to foreign troops in the whole of the country.

IN WAR AND PEACE

Having co-written two books about the role of sappers (army engineers) in the Vietnam War, I have since hosted a couple of tours there. So I understand the appeal, although it differs from one person to the next.

One old digger on my first outing had served during the war but never made it to Vietnam.  He just wanted to see where the others had been based and honour those who didn’t come home.

A woman brought her family to the place where her late father had been severely traumatized by the war. She and her siblings had suffered as a consequence, so she had ghosts to exorcise.

And a couple of people just wanted to go on a trip that had a structure or a theme, especially with Sandy MacGregor, my co-author and commander of the original Tunnel Rats, on board.

WHAT WILL YOU SEE?

What you will experience on a battlefield tour depends on the war, who won and what is being remembered. If your trip coincides with an anniversary you could be part of a memorial ceremony (or not, in the case of Long Tan) but you will also be competing for space, hotel beds, food and toilets with thousands of other people.

So the ideal time to go may be AFTER a major anniversary when all the facilities and displays will have been brought up to scratch but the crowds have gone home.

Some visitor centres may have little more than maps and pictures, while others have hi-tech interactive displays like the best modern museums. In the Cu Chi tunnels in Vietnam, you can actually go underground and fire real bullets from AK47 rifles.

Here are some select battlefield tour destinations that are well worth a visit.

If you are looking for references to Australian troops in the various “war tourism” sites in Vietnam, you will be disappointed.  There isn’t even a mention of our sappers at the Cu Chi tunnels – and they discovered them (as described in our book Tunnel Rats).

And Diggers don’t rate a mention on the memorials at the Coral-Balmoral battlefield – even though it was our biggest battle in the war, and the American involvement was peripheral

Vietnam has been invaded and colonized so many times that there are very few places in the country that you can go and not bump into some sort of memorial museum, cemetery or preserved piece of military hardware.

The Cu Chi tunnels north of Saigon (both sets) are a must, as are the War Remnants Museum and the former Presidential Palace both in the southern capital.

The Long Tan Cross is about two hours South-East of the city, and nearby is the former Australian base at Nui Dat. The Viet Cong HQ caves in the Long Hai mountains provide an interesting detour for the fit and flexible.

In Hanoi, the former prison nicknamed the Hanoi Hilton, is worth a trip.  You will find US Senator John McCain’s flight suit on display alongside pictures of his rescue from Truch Bach Lake, near the city centre, after his plane crashed.  There is a small stylized memorial on the lakeside (to his capture, not him).

The Long Bien bridge over the Red River, designed by Eiffel (of Tower fame), is a different kind of memorial, with concrete slabs replacing cantilevered steel sections removed by American bombs.

February 15, 2017 marked the 75th anniversary of the Fall of Singapore and the start of one of the bleakest periods of recent military history.  The brutal excesses of Changi Prison and the Burma Railway still cast a shadow over Australian-Japanese relations, especially with older generations.

Many of the historic areas have been erased by Singapore’s expansion into a global economic hub. But there are still battlefields to visit as well as the Ford factory where the surrender was signed, Kranji Cemetery, Changi and more.

If you can’t make it to Singapore, February 19 next year marks the 75th anniversary of the bombing of Darwin, the single largest assault on Australian soil. The event will surely be marked in the NT capital.

World War I anniversaries move to Belgium next year, when various ceremonies will recall the battles of Ypres and specifically Passchendaele which took place from 31 July  to 10 November 1917.  It was the major Allied offensive in Flanders in that year and Australian troops suffered more than 11,000 casualties in just over a week.

Before you book any tickets, have a look at a moving video produced by VisitFlanders with Brendan Nelson, Australian War Memorial Director and former ambassador to Belgium. Google ‘Brendan Nelson visits Flanders Fields (2016)’ to watch.

Nature and agriculture have reclaimed most of the land but you will see massive cemeteries, with fields of white gravestones, as well as the Menin Gate, Memorial Museum Passchendaele 1917 and Polygon Wood Cemetery. The Lijssenthoek visitor centre, on the site of a massive field hospital, has a “listening wall” where you can hear whispered voices reading letters from combatants to their loved ones.

While we’re in Belgium, just 90 minutes away is the little town of Waterloo near where, 200 years ago last June (2015), Napoleon was defeated in his final battle by the Duke of Wellington.

The Lion Mound and its 226 steps have been there since Wellington’s time, allowing you a view over the entire battlefield.  The circular panorama painting, created in a purpose-built building for the 100th anniversary is now a piece of history itself.

What’s new is an underground interactive museum with 4-D film of the battle.  A free bus will shuttle you to Hougoumont Farmhouse where another visual feast awaits.  History buffs and casual tourists alike give the whole Waterloo experience the thumbs up

The American Civil War ended 150 years ago in May this year. The war raged across the Southern states so there is no shortage of battlefields to visit.  But Richmond was the capital of the Confederacy and this is where the surrender was signed so it got itself gussied up for the anniversary.  Its museums provide a modern narrative for what was and, to some extent, remains a divisive issue.

There are a dozen museums in Richmond but the Civil War collection of three buildings and thousands of artefacts gives the broadest perspective of the war, the politics behind it and the issues at stake. One floor of the Tredegar Foundry building is dedicated to Black American and liberated slaves’ contribution to the war.

There is even a tour of this charming city by Segway.  You look like a dill (trust me) but it’s great fun and easy on the feet.

A detour to Washington DC, only two hours away, can take in some of the many Civil War trails.  You’ll find information and can download detailed maps from civilwartraveler.com.

The War Memorial Museum in Canberra brings memories of every conflict involving Australia back to our shores in vivid and frequently moving detail.  The restored WWI dioramas are worth the trip in themselves.

Since Vietnam is a relatively recent conflict, it’s a good place to start when remembering our social graces. But similar rules apply everywhere.

Don’t use racist slang when you are talking about locals, and don’t loudly relate stories you’ve heard of excesses on either side. You weren’t there, so behave yourself.

Remember that lives were lost on both sides of battles so don’t complain when, for instance, you find a  Buddhist memorial urn at Long Tan Cross.

If your tour guide wants to take you a memorial for local fallen, go as a mark of respect, to your guide, at least.

Remember that you may literally be walking on someone’s grave.  These are not places to stop and drink, smoke or sunbathe.  The dead can’t be offended but their living relatives may well be.

All of the areas mentioned in this article are easy to get to under your own steam or on non-specialised tours.  However, if you want to know more about their military history, here are some suggestions:

WATERLOO An expat Brit shares his knowledge and passion for history. waterloobattlefieldtours.com

Jimmy Thomson has co-written four books featuring Australian Army Engineers, including Tunnel Rats and A Sappers War (both with Sandy MacGregor and published by Allen & Unwin).