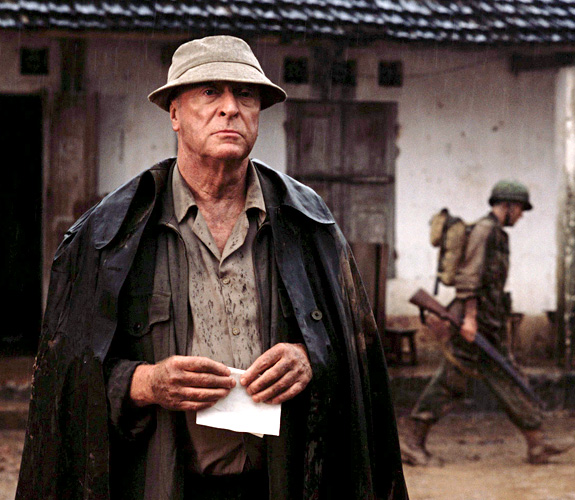 If you love books and travel, there’s something doubly enjoyable about reading a novel set in the very place that you’re visiting.

Author Mark Dapin once told me it was an ambition of his to read all of Graham Greene’s novels in the places they were set. It was an idea I was happy to steal.

Having now read Our Man in Havana in Cuba, The Quiet American in Saigon and The Power and the Glory in Mexico (albeit not in the remote towns described therein) I can see his point. A trip to Argentina (The Honorary Consul) and Vienna (The Third Man) are working their way up the to-do list, although Brighton and its rock can wait.

Our Man in Havana is such an authentic description of British spies’ tradecraft, that MI5 were considering charging Greene under the Official Secrets Act, according to John Le Carre in his memoir The Pigeon Tunnel.

With Cuba having been virtually trapped in amber, like an exotic bug, since 1959, the novel makes a pretty good guidebook for travellers too.

The same applies to The Quiet American and Saigon, possibly more so. The clamour of Dong Khoi may have increased since the street was called the Rue Catinat, but its essence remains the same.

Some buildings have gone but others that feature in the novel, as well as Philip Noyce’s superb 2001 movie, are still there, functioning as the hotels, bars and cafes that were frequented by Greene and his jaded hero Fowler.

And since few bombs fell on Saigon during the American war, as it’s called there, most of the iconic buildings – such as the Opera House, Notre Dame Cathedral and the Central Post Office – are intact too.

You can still venture into the post office where the rows of elegant telephone booths, even those now converted to ATM cubicles, transport you to a time when journalists like Greene and Fowler might be dictating telegrams or frantically trying to get an outside line to their offices in the UK.

I could never aspire to the literary heights achieved by Greene but, as a frequent visitor to Vietnam, I too succumbed to the romantic charms of Saigon when writing my new novel, Tunnel Vision.

However, instead of the stylish bars of the Continental and Rex hotels, I decided to  take my characters to an Airbnb or into the garish, sinful streets of Little Tokyo.

As far as I can recall, neither Greene nor Fowler ate chilli snapper with morning glory at the Ben Thanh night market, drank Triple-3 beer in the Liberty Central nor had clandestine meetings with police contacts in the Old Compass café.  But I like to think they might, if they were there today.

Saigon, aka Ho Chi Minh City, is much more of a tourist destination now than it was back in the 1950s when the French were being edged out and the Americans were starting to move in. And that was Green’s forte, being in the right place at a time of great change – essential for both journalists and spies alike (and he was both).

But I was happy to have my characters do the tourist thing as the plots unfolded – explore the Cu Chi tunnels, help a kid who accosted them in the park with her English homework, hang out in Highlands cafes and head for the coast at Vung Tau.

Back in the day, Greene was more concerned with exploding bicycles than cavalry charges of scooters, but you couldn’t set a novel in present day Saigon without putting a character on the back of a bike.

That’s just being true to the location and the times, and if travelling readers get a frisson of added enjoyment from reading the book in situ, it will be a bonus.

The novel as guidebook has come into its own since the days when every other habitue of a café listed in Lonely Planet would be thumbing through a copy of the travellers’ bible.  That was before TripAdvisor emerged as an up-to-date but middle-of-the-road online manual for the casual tourist.

However, Martin Cruz Smith’s novel Havana Bay is a more entertaining guide to modern Cuba than any number of starry reviews, while Michael Connelly’s crime novels – especially the Bosch series – contain innumerable handy hints on where to eat and drink in Los Angeles.

Ian Rankin’s novels are as good a guide as you’ll get to Edinburgh and there’s even a guided tour for those less interested in the city’s many competing Harry Potter offerings.

Switching to romance from crime, there’s a whole industry growing up around Eat, Pray, Love tours of Italy, India or Bali … or all three.

Tours can help travellers on a tight schedule cut to the chase, but there’s a lot to be said for just finding a bar, restaurant, café, park or street mentioned in a novel, then going there, book in hand.

And you never know, the person sitting opposite you, tapping away on their laptop, might be Facebooking or checking TripAdvisor … or they could be writing the bestseller you’ll see in the airport bookshop, the next time you travel overseas.

If you are a fan of Scandi-noir, you’ll know the recent upsurge in interest began with the late Stieg Larsson’s novel The Girl with the Dragon Tattoo, its sequels and movies. A hosted walk in the Swedish capital Stockholm will take you through Södermalm where computer hacker supreme Lisbeth Salander and her journalist friend and protector Mikael Blomkvist lived. Like most works of fiction, the places are real or have factual equivalents. The two-hour tour in English takes place every Saturday at 11.30 am and cost $23. Book via stadsmuseet.stockholm.se.

The city of Bath in South-West England is known for its graceful architecture but possibly less so for the fact that Jane Austen lived there for five years in the early 1800s. The city was the setting for two of her novels – Northanger Abbey and Persuasion – and a guide in Regency costume from the Jane Austen Centre leads walking tours of literary highlights every summer weekend. There’s more at janeausten.co.uk

There are so many Harry Potter/J. K Rowling tours wandering the streets of Edinburgh that you could end up as part of one without even realising it. All of them have a slightly different appeals and most will visit one of the cafes that claim they kept Rowling caffeinated while she wrote. Google “Harry Potter Tours” and check the online reviews to see which one suits you best.

However if your tastes run to more grown-up and darker matters, a walking tour in the footsteps of Inspector Rebus from Ian Rankin’s novels leaves the Royal Oak pub every Saturday at noon, costing $27. Go to rebustours.com.

A tour of Harry Bosch’s Los Angeles – now even better known thanks to the TV series – takes in locations from the books and screen drama, from the bars and diners he frequents to the places where bodies were found. Based on author Michael Connelly’s own suggestions, this tour is $956 for six people.  Online reviews are all five stars – that would have to be a clue. Go to toursbylocals.com/HarryBosch-PrivateTour

There are no obvious tours related to The Quiet American – partly because the city and country has so much else to offer and because only Vietnamese nationals can be tour guides.

However, Saigon resident, historian and author Tim Doling has posted an excellent article on his own website, that tells you where to go and all you need to know. Go to historicvietnam.com/graham-greenes-saigon-revisited/.